Beyond grammar: 3 tips from a science editor to improve your writing

Even the most important discoveries are no use if they languish in a lab book or disappear into obscurity. For example, penicillin might have been discovered decades earlier if Ernest Duchesne's 1897 work on the interaction between Escherichia coli and Penicillium glaucum had been communicated effectively. Journal publications are the main way of communicating research to other researchers. If you are a researcher, then publications are also a vital part of gaining funding and advancing your career. In short, getting papers published is critical to your success in research, and so good writing is vital.

One of the main reasons that papers are rejected by journals is poor writing. Poor writing is more than just incorrect grammar; poor structure and logical flow are also major concerns. Grammatical mistakes can prevent you from conveying your meaning clearly and inspiring confidence in your readers, but poor structure and logical flow can bury great results and hide the significance of your findings. Papers with these faults are often rejected immediately and never get sent out for peer review. Good writing helps a journal editor say yes to your paper!

So, what makes good writing?

Although there are many guidelines and rules for good writing, there is, in my opinion, only one goal. Good academic writing should be invisible. Readers don't want to battle tangles of words to uncover your meaning and don't want to be distracted by ornamental prose. John Cage, in talking about communication through music, summarizes it beautifully:

"I want my writing to be as clear as water I can see through so that what I experienced is told without my being in any way in the way." – John Cage (John Cage: Composition in Retrospect, 1982)

How do you achieve this clarity? When I am editing papers at ThinkSCIENCE, there are three main points I keep in mind: know your audience, tell a story, and keep your English simple.

"…the language in submitted articles must be clear, correct, and unambiguous. We may reject papers that do not meet these standards." PLOS ONE Criteria for Publication

Who is your target audience? This is the first question to ask when you begin writing your paper. To communicate clearly to your readers, you need to understand who they are and why they might want to read your work. Answering these questions allows you to gauge your tone and word choice, the information that you provide, and the structure of your paper. Ask yourself how much your readers know about your field. Should you provide a general background to your work, or are your readers likely to be specialists in your field? How much jargon are they likely to understand? Should you define technical terms or use non-specialist terms instead?

Also, think about the questions that your research might raise and then answer them, so your readers feel that you have analyzed your results thoroughly and left no holes in your argument. Finally, consider what will capture readers' interest. This will help you organize the structure of your paper and guide how you present your results. Additionally, if you or a colleague read over your own work critically from the point of view of a reader, you will see where there are gaps to fill in your explanations and where there is excessive detail to trim.

Telling a story helps to draw your readers in and keep them engaged with your paper. Once you have a narrative, it is easier to present your work in a logical way and for your paper to flow naturally from section to section. A natural flow helps your readers to understand your work and encourages them to keep reading to find out what happens in the end! A paper needs a beginning, a middle, and an end.

Pique the readers' interest in the first lines of the introduction. Provide enough background information to set the scene for your story and give your audience a good reason to continue reading your paper by stating the research problem you'll address and why it's important. Then lead your readers through the story of your investigation and results, ending with a discussion of your results' meaning and wider significance. Finally, draw conclusions from your results—this is the perfect place to give your readers a memorable message to take away.

Here, the text on the left follows a common logical order that allows readers to smoothly follow the argument. When these elements are presented in a different order, such as on the right, the transitions become much more abrupt and difficult to follow.

The narrative can be chronological or thematic, but make sure that it is logical and clear. Putting information in the wrong section can disrupt the paper's logical flow and make it difficult for readers to piece together your meaning. They may stop reading, misunderstand your argument, or overlook important information altogether. This advice on narrative and logical flow also applies to smaller elements of your manuscript. For example, a paragraph should deal with one idea and have a beginning, middle, and end. Consider the logical links between paragraphs as well as between sentences. Ask yourself: Is there a natural connection between these ideas? Logical leaps between paragraphs or sentences can be jarring for your readers. A good narrative will help guide readers through the story of your work effortlessly.

"generally, the fewer the words that fully communicate or evoke the intended ideas and feelings, the more effective the communication."

Finally, to help your readers understand you, use clear, concise English. Mark Twain said “generally, the fewer the words that fully communicate or evoke the intended ideas and feelings, the more effective the communication.” Here are three ways to avoid wordiness. First, consider your word choice. Can you use a single, short word? For example, you can often replace "carried out" with "performed," "almost the same" with "similar," and "utilize" with "use." Second, remember that unnecessary phrases and redundancies also hinder understanding. Removing them can only improve your writing! Common culprits include phrases like "From the existing literature, it is well known that" and "due to the fact that." Spot redundancies by asking yourself whether the words could be removed without altering your meaning. For example, consider "red in color" and "rectangular shaped." Can "red" be anything other than a color? Can "rectangular" be anything other than a shape? If not, then "color" and "shaped" are redundant. Third, use the active voice. The passive voice often produces awkward, wordy sentences—or, to say it again in passive voice, "awkward, wordy sentences are often produced by the passive voice." Identify where you can rewrite sentences in the active voice, where the subject performs the action named by the verb. During editing, removing wordiness can often decrease the word count by around 15%, vastly improving readability. A high word count is often mistaken as a sign of substantial content, and wordiness can be confused with intelligence. However, the best papers are often also the most succinct and easiest to read. Many of the most prestigious journals also have the tightest word counts, the widest audiences, and the strongest emphasis on clear language. If you hope to submit your work to Nature or Science, you need to make your work concise and accessible to all educated readers, even those outside your field.

Another barrier to comprehension is wordy sentences with many clauses. Readers are more likely to misinterpret the relationship between the parts of long complicated sentences and lose your meaning. Forcing your readers to work hard to understand your meaning will tire and frustrate them. Make understanding your meaning easy! Varying the length and structure of your sentences will sound the most natural and improve the readability of your work. 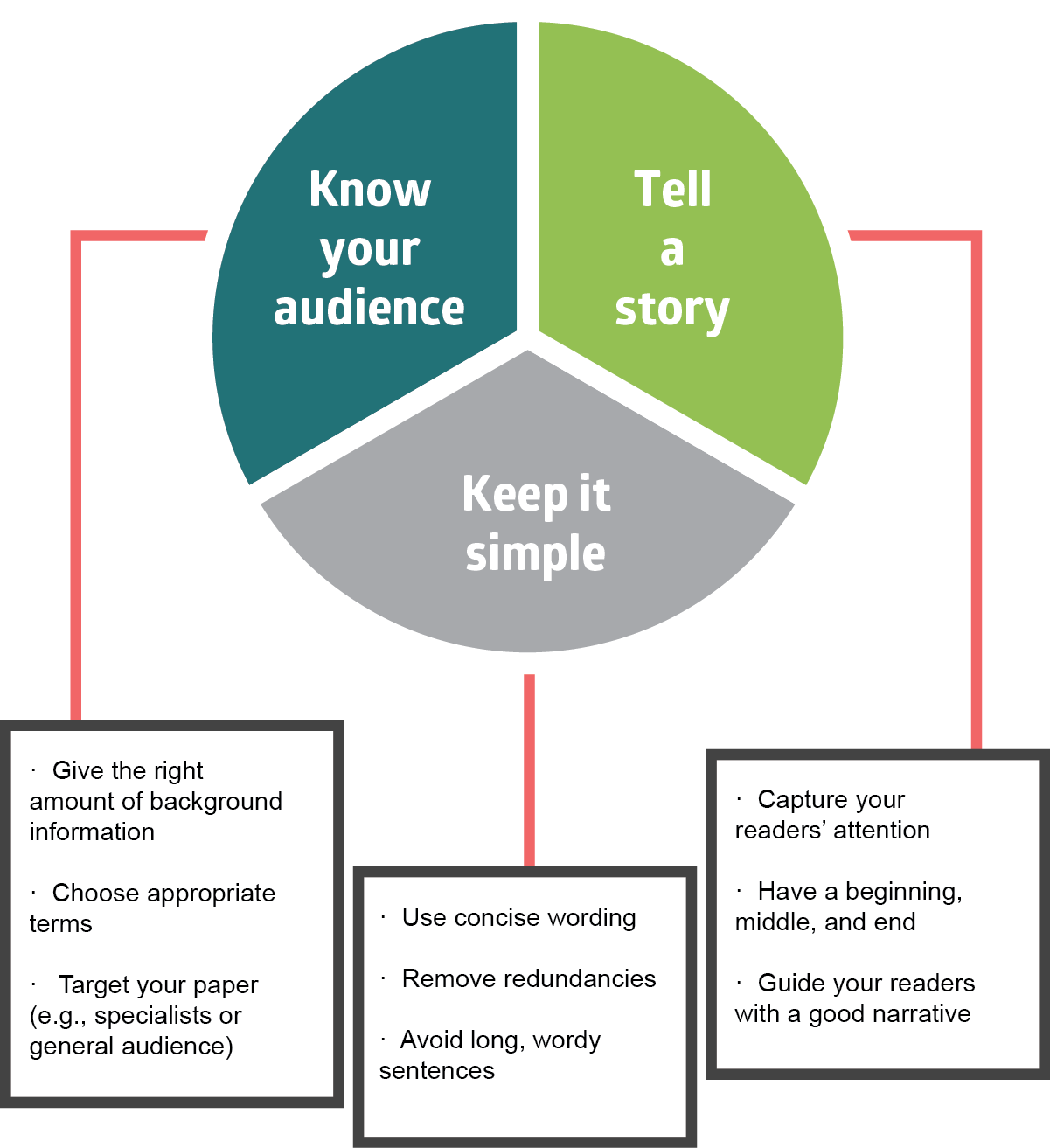 These three elements of good writing might sound simple, but it takes considerable time and effort to learn how to apply them well. At ThinkSCIENCE, we have years of experience in helping authors write concise, compelling stories that get their researched published and read. We do this through our editing, translation, and writing services and our writing workshops.

We understand the importance of good writing in research. Your work should be a pleasure for your audience to read! 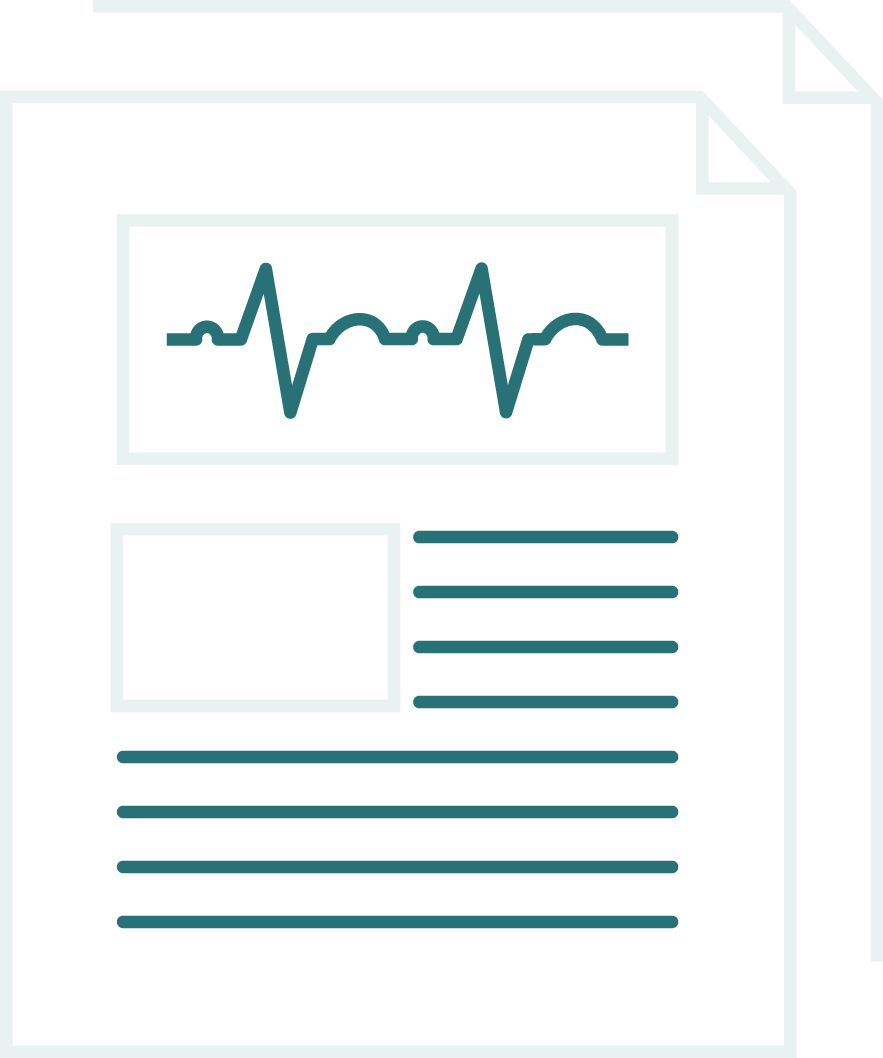 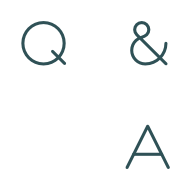